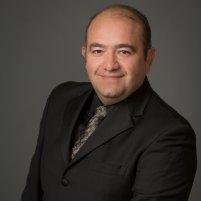 A uterine fibroid is a growth in your uterine wall. These growths are almost always noncancerous and typically occur during your reproductive years.

Fibroids can vary in size, and, in some cases, fibroids aren’t visible to the naked eye. In others, they're the size of a grapefruit and distort your uterus. They can develop in your uterine wall, into the uterine cavity, or protrude from the uterus.

You can have a single fibroid or many. Fibroids may grow quickly, slowly, or remain the same size. Many fibroids diminish in size on their own, especially after menopause.

Having fibroids doesn’t increase your risk of uterine cancer.

Fibroids are most common in women between 40-50 years of age. The precise cause of fibroids isn’t known, but several factors can contribute to them forming, including:

Your risk of having fibroids is higher if you’re African-American. Black women typically develop higher numbers of larger fibroids at a younger age.

Additional risk factors include being overweight, beginning menstruation at a young age, and having a vitamin D deficiency. Poor eating habits have also been linked to fibroids, especially consuming a lot of red meat and ham.

What are the symptoms of fibroids?

In many cases, fibroids don’t cause symptoms. When problems do arise though, fibroid symptoms usually include:

Fibroids can also press on nearby organs, especially the bladder, and this pressure might create the frequent urge to urinate.

How are fibroids diagnosed and treated?

Dr. Fozouni often diagnoses fibroids during a pelvic exam. Based on your examination and symptoms, he might suggest additional testing like an ultrasound or blood tests to rule out other conditions.

Treatment options vary for fibroids. In some cases, Dr. Fozouni might recommend watching the fibroids to see if they decrease in size on their own. He can also prescribe medications to reduce their size or ease your symptoms. For problematic fibroids, minimally invasive surgical procedures may be required.

Choosing the right OBGYN can be a challenge. Unlike a family physician that focuses only on general medical issues, an OBGYN cares for you during some of the most important stages of your life, such as pregnancy and menopause. Many things can go wrong with a pregnancy if the physician does not take the utmost care in every examination. Because of the delicate nature of the practice, you need an OBGYN that you can trust and rely on.
Dr. Fozouni and Associates address all the issues and concerns of the modern woman. We want all of our patients to feel comfortable and relaxed, and we provide unsurpassed quality care and state-of-the-art medical equipment to help ensure that you have a wonderful experience with us. Our goal is to give you the highest-quality medical care and healthcare in a supportive environment.
Whether you have a medical condition that requires attention, or if you simply want to get your yearly check-up, Dr. Fozouni is here for you! Our comprehensive, all-inclusive services are sure to provide you with the medical attention that you need.
The following is a list of some of the main services we offer and the issues we address: